How Inese regained peace after the loss of a baby

January 21, 2019 at 2:27 pm
In order to strengthen other women who had lost their children, the client Inese of the
Crisis Pregnancy Centre shares her story how she regained peace, feeling of safety
and joy of living after the painful events. 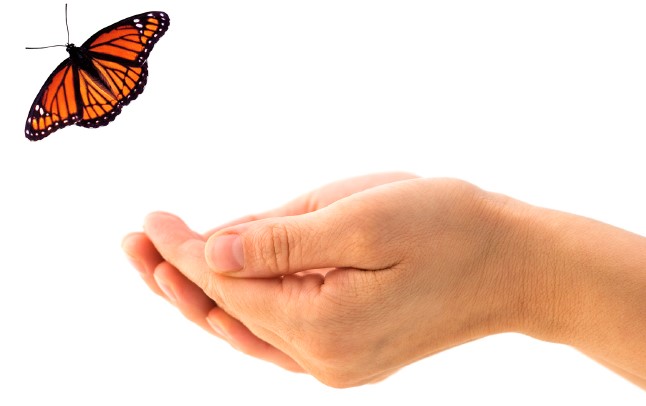 I lost my Laima Estere at the 25/26 week of pregnancy, when I was already accustomed to the fact that I am expecting a child and I was glad about the growing baby bump. Only 4 days were left to the annual holiday which would be followed by prenatal leave, birth of the child etc. However, during the gynaecological visit I found out that the little one has not grown for a while and she has no heartbeats. Then I went to Rīga Maternity hospital. It was very hard to realize what had happened. On the one hand I had a clear vision on everything that had happened and I was able to easily arrange all things outside the hospital walls. Yet inwardly I had a big shock about the loss of the child and the sense of uncertainty why that had happened. I was offered to stay in the box - as if separated ward, where only I was placed. Yet behind the not transparent glass walls there were mums with their kids and that fact all the time reverted me back in the horrible reality. I cried. At the Maternity Hospital I was offered a consultation of psychotherapist, because they saw that I am not able to "cope with myself" - I was crying when a nurse came in. The psychotherapist woman came, we talked for an hour and a half, but after this conversation I was not better. There was a feeling that I needed help after what the specialist heard. At the end of the conversation - only official information - where I can find this specialist, in order to receive charged consultations.

The next trial was when one of the head nurses came in and asked what have I decided to do with the deceased child. Already beforehand with my family we decided that we would use state financed cremation and burial at "The garden of souls" (Dvēseļu dārzs), but the head nurse persisted on individual cremation. The next day she came into the ward and asked in a dry tone, what have I decided. When I repeated that I wanted a cremation together with other deceased children, she pushed a sheet of paper in front of me, where I had to sign that I give up my dead child. There was no one who could explain to me that the child would be registered at the Population Register, she will be given personal identity number and there will be possibility to write in her name. The head nurse did not explain it to me, because her attitude was as if I had given up my baby. Later on I found out that I could register child's name, but then I have to go from one institution to another and have to do it at specific period of time - personally. But in the situation I was not able neither physically nor emotionally fulfil these formalities. The fact that I did not have a telephone with Internet also restricted my ability to get to know about my rights. The only opportunity to find out more was to ask my parents or friends to find information.

A close friend visited me in the hospital, she had lost her daughter 4 years ago due to staphylococcus infection. She suggested to talk to the chaplain Lelde Titava at the Children's Clinical University hospital. The conversation with the chaplain Lelde helped me a lot, yet I still could not cope with the pain of loss, that was only growing with the time. After leaving the hospital I contacted on Skype the lecturer and consultant Laura Denlere who also had lost he child at similar pregnancy period and also just before Christmas. She gave me practical advise how woman's body feels after birth, how hormones affect feelings, as well as other valuable tips and consolation. Now and then we got in touch with Laura, it served as point of reference that I accomplish her advices so that I could help myself.

However, as I already mentioned, the pain of loss just increased, therefore I tried to look for help wherever possible. Yet everything collapsed in the moment when I found out the expert opinion that my daughter was completely healthy, but the placenta infarct had taken place therefore the placenta had not grown for the last 4 weeks but died off.

Here I have to step back in the past. With the father of the child we met in the bloom of summer. Falling in love, nice promises and future plans. My boyfriend wanted a baby therefore all family in Hungary was happy about the expected child. After a short while some complications arose in the relationship (by correspondence - as I was in Latvia, but the father of the child - in Hungary) and the man soon "disappeared". Many unsaid and tangled things were left, and I shared them with my work colleagues. One of the suggestions was to go to Hungary and talk it over. Right before the planned flight there was envisaged the screening of the second trimester. I told about the flight and expected conversation to the gynaecologist who carried out the screening and with the gynaecologist who supervised me. The doctors maintained that my child would not suffer from the flight. I told them that the conversation with the father of the child most probably would not be calm. My gynaecologist told me: "You go, but I would not like that you experience emotional shock."

Before the flight I had changed my mind - I did not want to speak with the father of the child and did not want any agitation, but as the ticket was already bought I could meet his parents, who always cared about me a lot when I visited them in Hungary. Yet my intention did not come true. I met the father of the child, but his behaviour was surprisingly aggressive. The determination not to worry was gone, but my heart was pounding and I wanted very much to drink water. Apparently at this moment the infarct of the placenta occurred.

So, when I found out why my little daughter died, not only the pain of loss of my baby started to strangle me but also the sense of guilt increased with every moment. I was looking for help - went to several clairvoyants, talked to people who had lost their babies, read the group ""Angels' mums" (Eņģelīšu māmiņas) at the portal "Cālis". One acquaintance suggested to attend qigong. Yet all these activities were not efficient. I felt worse and lost the joy of living, any hopes that I would be able to forgive myself.

By talking with a relative I found out that her daughter-in-law had also lost a baby but she had received help at Crisis Pregnancy Centre. At once I applied for a consultation. I understood that I have no more opportunities to help myself and I went to the consultation with complete trust and reliance. Already after the first consultation I felt that I have come to the right place. Here I was not told that the soul of the baby suffers if I do not let her go, or that everybody has its own karma etc. Also I was not told that enough time has passed and I should stop grieving, or - soon there will be another child (with precise indications - in autumn, there will be twins etc.) The mentioned things are those that I received during other consultations. In the Crisis Pregnancy Centre I was introduced with 10 step programme "The Journey" (Ceļojums). Under the guidance of the consultant I had to carry out various tasks and home works, which allowed to look deeper into myself, understand my feelings and at last get out of my pit of anguish. Of course, it did not happen in one day, it was a lasting process.

By looking back at this period, I admit that I admire my companion at this journey - her patience and professionalism with which she indulged in this job. Two years have passed since I met the father of the child and one year since I started the consultations at the Crisis Pregnancy Centre. None of the predicted by the clairvoyants have fulfilled - I have not become the mother for twins, and I have not formed new relationships, but looking back at myself two years ago I can say that at this moment there is more sense of security and joy of living that before this difficult trial. Surely, I remember my child every day, but now there is not this despair any more and pain as when I lost her.

The pregnancy which initially was not a crisis pregnancy became as such later. I did not think that I did not want a baby or that a child would be an obstacle yet the rejection of the father of the child hurt. The most painful was the fact that the child would not grow in a wholesome family. Unexpectedly my pregnancy had become a crisis pregnancy. After I received assistance at the Crisis Pregnancy Centre, I understood that if I have had information about such consultation centre beforehand, then maybe I would have managed to keep the baby. Therefore I appreciate very much that there is such a centre of Crisis Pregnancy and I wish that such information would reach as many people as possible. Maybe in a difficult moment a woman would know where to go so as to find a way out of the maze of her problems. Also I hope that this information will reach gynaecologists and they will be able to send women to the consultation at the Crisis Pregnancy Centre.