How to Live after Abortion?

A pregnancy test confirms that the child has claimed his right to be. But we still have so many other plans - a career, unfinished repair, a car loan has not been paid. These are some of the reasons why a pregnancy from joyful news turns into controversial thoughts - to keep a baby or not. Unplanned pregnancy is and will remain one of the most difficult questions to answer in the woman's life. 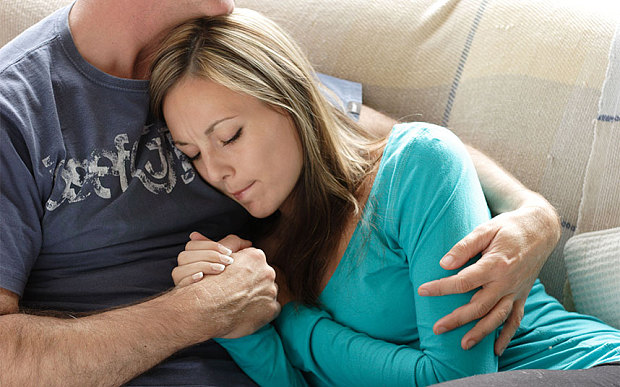 Recently, I made sure about this again, turning over the pages of our old photobooks with the mom. Our family was seen before my sister's birth in any black-and-white snapshot: me dressed in a lovely checked skirtalls, smiling towards the camera lens, a dad with a hairdo of groomed hair was characteristic to youth, smiling as well, and my mother with a very serious, hard-tempered expression on the face. “In this picture, my face expression is unhappy because I just found out that I'm pregnant,” she talks and laughs in her own right. It's good that now you can laugh about it, and it's really wonderful that we now are four instead of three, as in that black and white picture without a sister, we look something lonely. But still... Mom was emotional over it and doubted, as do hundreds of women every day. In more than a third of the cases they choose an abortion, such is the statistics in Latvia.

The cruel legacy of attitude

Marika Bērtule, a founder of the Crisis Pregnancy Centre:

- The emotional side of the abortion is a fact that has now been ignored in today's society. About the postabortion syndrome, which varies from mild emotional experience to a serious traumatic state, has been talking in the world for over a decade. In our turn, this legacy is rather ruthless in our country, as the Soviet-era statistics show that every woman, on average, had three to five abortions during her life. At the same time, this was considered as a common cause, a normal type of contraception. If you would say that it was a baby, a cruel mockery shower spilled over you. In the 1990s, after the fall of the Soviet rule, we had no time to talk about psychological problems, there were other more serious things to deal with. And now, finally, we can take a breath and focus on the postabortion syndrome, trying to figure out what is the basis of women's ill luck.

Although harsh Soviet years have already passed, it will take a long time to change the attitude and values of society. Nowadays, after an abortion, a woman often faces serious psychological problems, which are usually suppressed, because society does not talk about it. The feelings not being expressed and trusted to anyone, the woman buries deeply in herself and tries to live with them. This situation can be compared to furuncle that cannot be seen from the outside, but with years, it becomes larger and more sensitive - slightly pressed the pain will shoot a way out. Such a pressure may be anything. For example, another kids, when a woman looks at him or her and thinks that she could have two or even three being a happy mother of a number of children. A pregnant daughter or a friend might be another trigger. Problems may arise in relations with a husband - a woman, without realizing it, subconsciously blames a man for what she had to undergo, because he had not been able to understand and support the woman at that time. Also, there are sexual problems, emotional isolation, and inability to show love. Each woman is very individual and each one may experience unique complications, which she often does not associate with abortion in the oldest past.

In a gynecological examination chair

Abortion is a very traumatic process that occurs without vision control. During this time, a woman suffers several medical injuries. One of them is associated with damage to the uterine lining, and it is difficult to predict how the recovery process will take place. Often, the inflammation of the uterus and hence the temperature, bleeding and accumulation of clots in it occur. If, after an abortion, the woman again is pregnant, bleeding and spontaneous abortion may occur as a result of the uterine lining injury. The second biggest problem is that during an abortion the cervix should be opened, which naturally is firmly attached. The muscle of the uterus is shaped so that maybe it can no longer function normally when it is opened up with power. If a woman succeeds in conceiving a baby, the cervix may not contain the fetus. Ovarian obstruction is the third disaster that women often have to face resulting in infertility or ectopic pregnancy. The balance of ovarian activity is disturbed and menstrual disorders develop.

Many women think after abortion that the most important thing is to get pregnant, but they forget that the pregnancy should be carried to term of nine months to be lively and healthy. Spontaneous abortions, ectopic pregnancies, unborn children, premature births, when the baby is not yet viable - these are just a few of the possible failures that mothers find when they have aborted in the past.

An abortion is definitely not a type of contraception - it's absurd and silly to think like this. If the embryo is three or five weeks old, it is already a living organism that begins to develop the heartbeat and brain structure. It is a separate life, and the woman must take moral responsibility by interrupting it. Health problems is just one of the aspects of the consequences interrupting a new life. Emotional, psychological imbalance and disturbances in physiological comfort are the other side of the medal. For these reasons, a woman can turn in on herself, become depressed, nervous and apathy. There are problems in the family, in relationships with a loved man and often at work. Of course, women do not always admit that this is related to abortion in the recent past, but my experience shows that in many cases it is an integral part of their closest future. In the last half-year, there have been a couple of cases of patients coming to the examination and I'm asking if there was an abortion in the past. They say yes and begin to cry, explaining that it's hard to talk about it. It was a very difficult decision - there already have children and they could not afford one more baby for financial reasons. But the emotional trauma of the abortion is still felt, although it has been a couple of years already.

Not everything waving falls

Any woman experiences and suffers after abortion. What has been done has a lasting effect. If she denies it, then she just does not want to admit it. This means that it is fairly tempered and able to suppress the problem because she does not want to feel this pain. But such suppression is unhealthy, because it creates a new disease. The postabortion syndrome is like an avalanche that goes down the hill beyond the woman's will or control. It goes down faster and gets bigger until in some day it goes out in the form of depression or severe mental trauma.

A woman is a heart-wrenching creature - sooner or later she finds the root and cause of her depression. If she was able to face up to real things and identify this problem, it's time to seek support and speak it out. Not everyone has the opportunity to turn to specialists, so you can look for support groups, even in the Pregnancy Crisis Centre. If a woman, however, is not so extravagant and courageous to go to strangers for help, then she can ask for help to her closer friends or people who can be trusted and openly speaking - support of the loved ones is a big step towards solving the problem. In turn, a strong woman tries to subvert this negative energy into action - trying to focus more on work, sports, helping other people.

If a woman, who is pregnant is in doubt, then she needs help even more. A person by nature is constantly doubting. In any field and at any moment, where more responsible one than a child. These doubts can be dispelled by the presence of a doctor, psychotherapist or friend who gives a helping hand to her and will be able to discuss everything humanly and to support emotionally.

“About a year ago, I faced this disagreeable choice. Now everything is in the past, but questions remain unanswered. Do I did it right? What if I left the baby? Thank Heaven, there were good friends and support at that time. They called, worried and cared for me. I did not tell parents. Now, I often think about what will happen if I cannot get pregnant, how will I explain to my mom that she will never have grandchildren. Many girls consider abortion as an ideal solution to all problems, but often this is just the beginning of all the problems and unanswered questions.”

“Before time, a well-known girl made an abortion. Perhaps it's absurd, but now I feel like a co-partner of the murder, because at the moment when a couple told me that they decided not to keep the baby, I could not object to anything. I was convinced by their excuses that they are young themselves and will not be able to give anything to the child. Although life, in my opinion, is the greatest gift.”

“So it turned out that I have made a number of abortions. The feelings are poor, except once when there was a sad complication at the beginning of pregnancy. In other cases, I felt emotionally emptied and apathetic. I tried to focus on my existing children, preventing the feeling to go out. I devoted all my love and care to my son and little daughter. Some time ago I watched a movie about abortion, where a baby in mother's womb tried to avoid the sharp gynecological tools. I gave vent to my emotions. I cried for several hours and could not calm down. Since that time, something has changed in the relationship with my husband - I pushed him away, I was afraid of getting pregnant again. A man is a man; he has his own needs, so a beloved soon appeared. So, our marriage is the fiction at the moment.”

The source of the article: www.tvnet.lv/egoiste